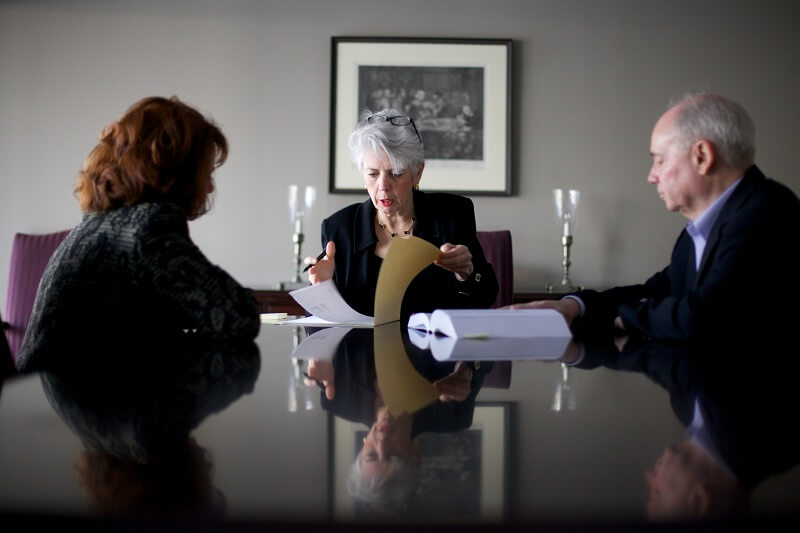 By Kathleen B. Vetrano, Esquire
King of Prussia, PA, and the Philadelphia Main Line

People are living longer. At the turn of the 19th century, life expectancy was in the mid-40s. At the turn of this century, life expectancy is in the late 70s. In addition to living longer, people are healthier. With the expectation of longer, healthier lives, many seniors are making life choices, which are very different from earlier generations.

These factors have had a significant effect on other stages of life. For example, when the children are grown and leave the home, the home is emptier, and life becomes much less active. And at retirement, life changes even more. Such major changes, and the deceleration that usually comes with them, often lead to examination of the life one has led—and thought of what will follow.

When life was shorter, there was not much future to think about. But now that there are many years to be lived, the issue becomes how to live them. And if the responsibilities of child-rearing and career are past, the question, more specifically, is “What do I want to do?” rather than “What do I have to do?” For a married person, such examination includes, of course, the state of the marriage. As they approach their golden years, many people are choosing divorce. The explanation for the increase in the rate of divorce for seniors may be no more complicated than a desire for a happier, more meaningful life.

In marriages in which there are children, even adult children, most of the necessary decisions are based—as they should be—on the best interests of the children and family; the interests of the spouses are generally secondary. But when the children are no longer present, or in marriages without children, the focus is more on the needs of the spouses. The result is that issues take on a different character. An example is how to deal with money: Should the spouses indulge themselves more, such by traveling, or should they concern themselves more with what they will leave behind?

The greater years of life and healthier years of life also allow one to start a new career. This may be especially attractive to one who has remained in a job more for the sake of security than because the work is enjoyable. Others may want to finish an uncompleted education or go to school simply for the pleasure of learning.

But all of these possibilities and opportunities, while positive, can turn negative if the spouses’ attitudes toward them are quite different. It is, of course, when such attitudes are irreconcilable that divorce becomes a consideration. Yet, while divorce is an option, it should not be viewed as a panacea. Indeed, for the spouse not looking for “happiness” or “meaning” in life, divorce for seniors can be devastating. In short, it is important to know its aftereffect.

A divorce’s impact on children, even if they are adults, can be polarizing and divisive. New careers after divorce are possible, but, of course, harder the later in life one commences them. Friends before divorce can find it difficult to maintain a friendship with one or both parties after divorce and loss of the friendship means loss of the support and enrichment that friends provide. Finally, remarriages themselves have a high divorce rate; this may be due to persons being more set in their ways and therefore being much less flexible and accommodating than in earlier years.

Family lawyers have noticed an increase in the divorce rate for those in long-term marriages. Although the states keep statistics on the number of divorces, it does not appear that any state is tracking the number of divorces of couples by age group. The phenomenon of the increased divorce rate among seniors has been recognized by the Family Law Section of the American Bar Association (ABA). In the early 90’s, an elder law committee of family lawyers of the ABA was created to address legal issues peculiar to the phenomenon. For almost 10 years, the elder law committee of the Family Law Section of the ABA has produced programs for lawyers all over the country to make lawyers aware of the special legal issues that arise when seniors divorce.

When seniors divorce, there are many special legal considerations. Retirement benefits must be divided in a way to provide for both spouses. Although there may be a sentimental attachment to a family home, sometimes keeping the home and foregoing retirement benefits is a poor choice for a dependent spouse who may find it difficult to maintain the house. When there is a stream of alimony payments, there must be consideration of change in the amount of benefits when the payor spouse retires. There also needs to be an agreement on when a spouse can retire. When a dependent spouse is required to start receiving social security benefits at age 62, a significant reduction in benefits occurs. There are remarriage penalties built into the social security benefits. Also, Medicare benefits do not start until age 65. Sometimes there are retiree health benefits from a former employer that cannot be shared with a divorced spouse. Will there be needs for nursing home care and what is the effect of Medicaid benefits? If an estate plan has been created, the divorce will most likely alter it and other estate planning must be done.

Yet, if divorce must happen, the manner in which it is brought about has a lot to do with the quality of the parties’ lives after divorce. The divorcing spouses must understand, for example, that while the divorce eliminates the husband/wife relationship, those individuals remain the parents of their children. That means that in that large respect, the family continues. This is particularly important for a divorce in a long-standing marriage when the family is much more of a “tangled web” than that of a shorter marriage.

And so, a “good divorce” does not have to be an oxymoron.

Indeed, a process exists to foster a good divorce; it is called Collaborative Divorce™. The process of Collaborative Divorce™ is finding solutions to the many issues in a divorce—rather than treating the divorce as an adversarial proceeding. Collaborative Divorce ™ is particularly appealing to seniors who value the family unit and who both want to be able to participate together in family events, graduations, weddings, and as grandparents after the divorce.
In a collaborative divorce each spouse has a divorce lawyer to look out for the spouse’s interests and advise the spouse accordingly. Each spouse also has a psychologist—sort of a “divorce coach”—to help the spouse understand and deal with the unavoidable psychological aspects of divorce. Also, independent financial advisors are utilized to resolve complicated economic issues, such as the value of assets.

Finally, to ensure the realization of its purpose, the collaborative divorce process does not allow resort to the court. If agreement becomes impossible, arbitrators or mediators will be retained to break the impasse. Violation of such rule not to litigate the issues means the parties must obtain lawyers other than those involved in the collaborative process.
A collaborative divorce’s focus and concern is less with the divorce, which is predetermined, and much more on the divorce’s aftermath: the new lives of the parties.

With the prospect of many healthy years after retirement, people are making life choices that they believe will make those years happy. One of the choices has increasingly been divorce. If the parties divorce, they should strive for a good divorce and to resolve the issues between them collaboratively. The family must survive the divorce; it goes on forever. The way the divorcing couple handle themselves in the divorce determines how the family will fare after the divorce. The key is respect.

(Kate Vetrano practices family law at Vetrano|Vetrano & Feinman LLC, a law firm in King of Prussia. She is a fellow of the American Academy of Matrimonial Lawyers and has chaired the elder law committee of the ABA’s family law section since the committee’s inception in 1993. Ms Vetrano is co-founder of the Collaborative Family Law Affiliates)

Need to Talk to Us?

Our experienced family lawyers take the time to fully understand the financial and emotional complexities that can be involved in separating two lives. We offer the patience and resources to effectively guide clients through a divorce, addressing all the challenges they may face in moving forward with their lives. To learn more about how we can help protect your rights and interests in a complex divorce, contact the Pennsylvania divorce attorneys at Vetrano | Vetrano & Feinman LLC.