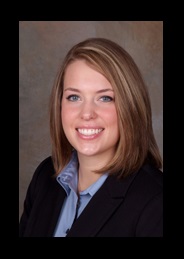 Norristown, PA March 6, 2017 – Twenty six teams from all over Montgomery County competed in this year’s High School Mock Trial Competition. The competition is sponsored by the Montgomery Bar Association Young Lawyers Division, which is headed up by Vetrano|Vetrano & Feinman’s own family lawyer, Lindsay H. Childs. On Tuesday, February 28, 2017, in a trial presided over by President Judge Thomas M. DelRicci, Jenkintown High School “Team A” beat out Plymouth Whitemarsh High School “Team B” to become this year’s winner. The jury consisted of a panel of distinguished attorneys and leaders, including Chief Public Defender Dean Beer; Sheriff Sean Kilkenny; District Attorney Kevin Steele; Joan Orsini Ford, Esquire; Greg Gifford, Esquire; Patrick Kurtas, Esquire; Eric Smith, Esquire; and Paul Troy, Esquire. Jenkintown “Team A” will move on to compete at the statewide competition in Harrisburg for the opportunity to represent Pennsylvania in the national competition in Hartford, Connecticut, the weekend of May 11-13, 2017.
The Pennsylvania Statewide High School Mock Trial Competition, which began in 1984, gives students from over 300 teams across Pennsylvania the opportunity to prepare and litigate a case in the courtroom in front of actual judges and jurors. In early November, the students are given a packet of all of the information needed to prepare the case, including the criminal complaint, probable cause affidavit, jury instructions, memorandum and opinion addressing pre-trial motions, stipulations, witness statements, and exhibits. In addition to thoroughly familiarizing themselves with the case materials, the students are expected become proficient at addressing pre-trial matters, making objections, citing the rules of evidence, and introducing and authenticating evidence.
In February, the Montgomery County Courthouse fills with students who have spent the previous three months preparing their case. Each team consists of student attorneys and witnesses, supported by their teammates, attorney advisors, and faculty advisors. Each trial is presided over by a Montgomery County judge and juried by a panel of attorney volunteers. The teams advance through quarter-finals and semi-finals, with the remaining two teams competing in the final round at the end of February.
This year’s case, Commonwealth of Pennsylvania v. Taylor Edsel, was an arson case involving a catastrophic fire at an automotive company that was on the eve of launching a revolutionary new vehicle. At issue was whether the defendant, Taylor Edsel, an employee of the automotive plant, started the fire. Taylor Edsel happened to be a former arsonist who served time in prison as a teenager for burning down the family home. While in prison, Taylor underwent therapy and was taught coping mechanisms to deal with these tendencies, however, the question remained whether Taylor was truly reformed. In litigating Commonwealth of Pennsylvania v. Taylor Edsel, the students were forced to grapple with issues such as proving (or not proving) the elements of a crime, issues surrounding motive and witness credibility, presenting and refuting expert testimony, and the ultimate question of how to weigh the evidence of Taylor’s past arson offenses.
The Pennsylvania Statewide High School Mock Trial Competition is sponsored by the Young Lawyers Division of the Pennsylvania Bar Association. Each year, the Montgomery County Young Lawyers Section works tirelessly to coordinate many aspects of the competition. This year, this enormous undertaking was headed up by District Coordinator and family lawyer Lindsay Childs, Esquire, and Regional Coordinator Stephen Barrett, Esquire. The coordinators’ many responsibilities include reaching out to the members of the Montgomery Bar Association for volunteers to serve as judges, jurors and timekeepers for over thirty trials throughout the month of February. Special thanks should be given to the Montgomery County judges and attorneys that volunteered to serve in the competition this year.

In addition to providing skilled and compassionate legal representation to those dealing with family law issues, the divorce and family lawyers at Vetrano | Vetrano & Feinman are very involved in community events. Their lawyers serve on many various boards and committees and do volunteer work with charitable organizations such as Laurel House and the Support Center for Child Advocates. Vetrano | Vetrano & Feinman LLC is committed to community involvement and its family lawyers are dedicated to helping clients through their often difficult legal procedures in a way that allows family relationships to remain intact. For information or to schedule a consultation, contact them directly at 610-265-4441 or visit their website: www.VetranoLaw.com.

Need to Talk to Us?

Our experienced family lawyers take the time to fully understand the financial and emotional complexities that can be involved in separating two lives. We offer the patience and resources to effectively guide clients through a divorce, addressing all the challenges they may face in moving forward with their lives. To learn more about how we can help protect your rights and interests in a complex divorce, contact the Pennsylvania divorce attorneys at Vetrano | Vetrano & Feinman LLC.