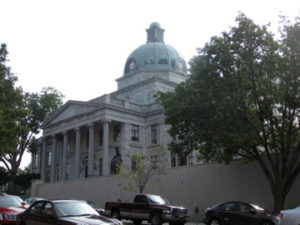 Book review: The Good Divorce: Keeping Your Family Together when Your Marriage Comes Apart, FAIRSHARE, Vol. 15 No. 6, June, 1995

Controlling Behavior Through Divorce Penalties in a Prenuptial?, FAIRSHARE, Vol. 15 No. 4, April, 1995

Spousal Wavier of Pension Premaritally and upon Divorce, FAIRSHARE, Vol. 13 No. 9, September, 1993

A House Divided: Divorce Over 50 is on the Rise, AARP The Magazine, Elizabeth Enright, July/August, 2004

Women Blamed for the Mid-Life Divorce, The Times, Nicholas Wapshott, May 28, 2004

Wayne Attorney Introduces West-Coast Style of Divorce to Older Couples, The Suburban and Wayne Times, May 17, 2001

Feeling the 50-Year Itch: Seniors aren’t Waiting Around for Death to do Them Part, Newsweek, Karen Springen, December 4, 2000

Caught in the Net, The Pennsylvania Lawyer, September/October, 1998

Lawyers in Love: Suburban Couples Work Together – And Stay Together, The Legal Intelligencer, Miryam Strassberg, Vol. 2 No. 13, March 26, 1997

To find out more about Kate Vetrano, a PA family lawyer, please contact us.

If you are considering divorce or separation, download this guide for answers to frequently asked questions regarding legal implications and more.